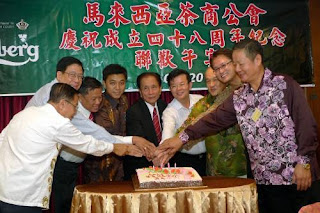 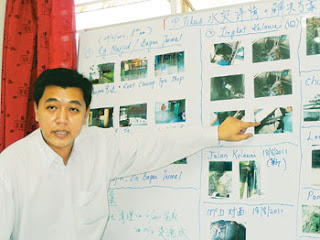 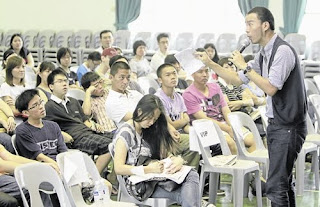 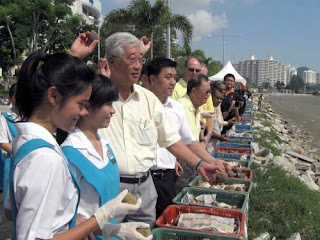 33 MGS students throw their weight behind the environment

Fun way to save environs Methodist Girl School students doing their bit to save the environment by throwing mud balls into the sea at Gurney Drive in Penang.

GEORGE TOWN: It was a fun yet meaningful activity for 33 Methodist Girls' School (MGS) students who played their part for the environment by throwing 2,000 mud balls into the sea along Gurney Drive.

Connection Programme 2011 director Marina Tan, 17, who arranged the event, said the students made a difference to the environment by volunteering for the event.

“Their participation proves that they walked the talk' and took action on environmental issues.”

Geography teacher Loke Bee Keow said the programme was to help raise awareness among the students about the importance of doing their part for the environment.

“To reduce organic pollutants, we throw mud balls with effective micro-organisms into the sea.

“The micro-organisms will slowly leak out of the mud balls within five days and decompose the organic waste in the sea bed thus reducing the sludge.”

The event is a quarterly basis project under the initiative which is expected to end by December 2012.

AN illegal dumpsite at Chin Farm, Batu Ferringhi, Penang, has finally been cleared.

The dumping and open burning at the area had been bothering residents there for more than a year.

“We decided to participate in the gotong-royong by sending eight gardeners to clean up the site.”

“The Department of Environment (DOE), state government and MPPP all received numerous complaints on the matter in the last one-and-a-half years.

“Though the DOE had issued compound notices to the land owner, the illegal activities continued in the area, causing discomfort among the residents,” he said during a press conference on Friday.

Koay said those found guilty of illegal open burning could be fined up to RM500,000 or sentenced to five years in prison.

“So far, we have identified three companies responsible for dumping construction waste illegally at Chin Farm.

“We will negotiate with these companies and issue stop-work orders as the last measure to solve the matter,” added Koay.

The land owner PBA Holdings Bhd will also beef up its security measures by installing a gantry to prevent heavy vehicles from entering the place.

MPPP is also considering installing closed-circuit television cameras at the area to help identify the culprits. 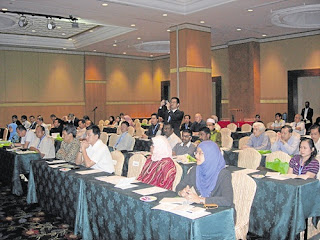